The winner of the first lottery draw for the citizen’s salary organized by the NGO UBI4ALL is Lucie Paulin, a young Frenchwoman who has finished her studies and is looking for a suitable job. From the beginning of July, she will receive a citizen’s salary of 800 euros per month during the year. The rest who did not win this time are automatically participants in the next draw, they do not have to re-register.

The registration form will be opened for new participants on June 17 at https://ubi4all.eu . The same portal also has a form for making donations. The new lottery will take place as soon as 9,600 euros have been raised from donations again.

At the end of the video broadcast on 16 June, Helwig Fenner, the project leader, called on everyone to sign up to the European Citizens’ Initiative for the unconditional introduction of basic income in the Member States of the Union. The https://sign.eci-ubi.eu initiative can be signed for another year, until 25 June 2022. The European Commission has extended the deadline twice, as the coronary pandemic made it significantly more difficult to collect signatures.

Almost 16 thousand people from all over the European Union took part in the first European citizenship draw. There were the most Greeks (4090), but considering the population, the most active participants were Latvian citizens, who were only a few hundred fewer than the Greeks.

Pictured: Participants in the UBI4ALL lottery video broadcast. The first winners of the draws of the German organization Mein Grundeinkommen are sharing their experiences in the middle row on the right and in the bottom row on the left. UBI4ALL was created following the example of the Germans. 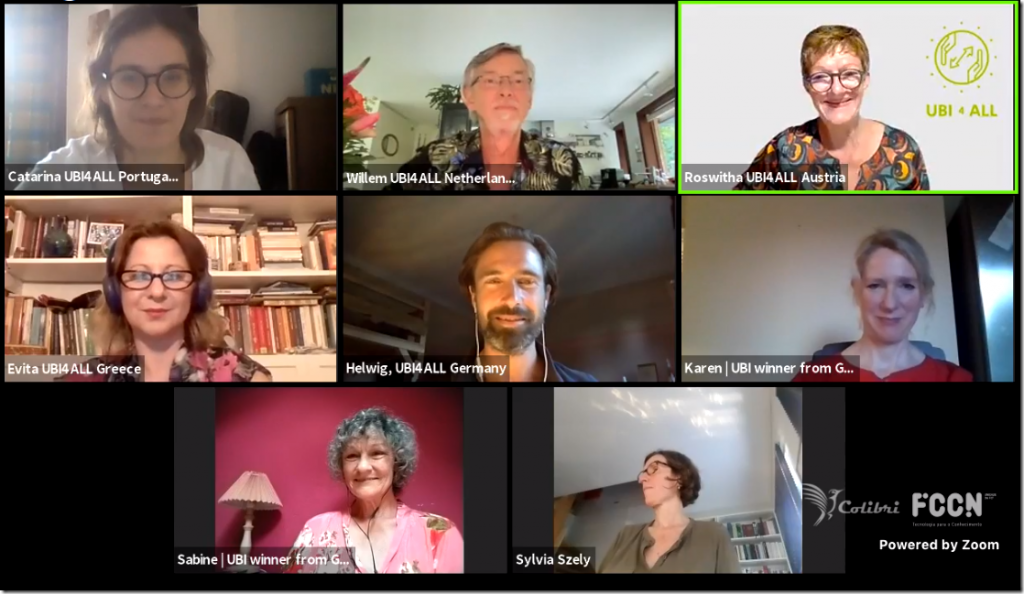